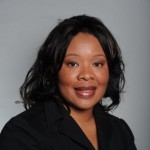 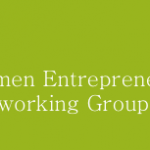 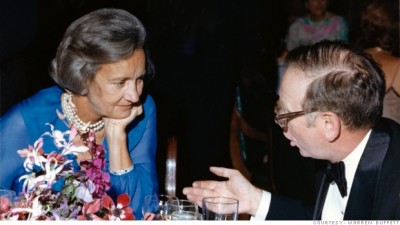 We have a serious man crush on Warren Buffett. You gotta love him for being a huge champion of women. Here’s our favorite excerpts from his essay published in Fortune “Why women are key to America’s prosperity”.

Photo: Warren Buffett with the late Katharine Graham of the Washington Post at his 50th-birthday party in 1980.

The moment I emerged from my mother’s womb, however, my possibilities dwarfed those of my siblings, for I was a boy! And my brainy, personable, and good-looking siblings were not. My parents would love us equally, and our teachers would give us similar grades. But at every turn my sisters would be told — more through signals than words — that success for them would be “marrying well.” I was meanwhile hearing that the world’s opportunities were there for me to seize.

So my floor became my sisters’ ceiling — and nobody thought much about ripping up that pattern until a few decades ago. Now, thank heavens, the structural barriers for women are falling.

Still an obstacle remains: Too many women continue to impose limitations on themselves, talking themselves out of achieving their potential. Here, too, I have had some firsthand experience.

Among the scores of brilliant and interesting women I’ve known is the late Katharine Graham, long the controlling shareholder and CEO of the Washington Post Co. Kay knew she was intelligent. But she had been brainwashed — I don’t like that word, but it’s appropriate — by her mother, husband, and who knows who else to believe that men were superior, particularly at business.

I met Kay in 1973 and quickly saw that she was a person of unusual ability and character. But the gender-related self-doubt was certainly there too. Her brain knew better, but she could never quite still the voice inside her that said, “Men know more about running a business than you ever will.”

I told Kay that she had to discard the fun-house mirror that others had set before her and instead view herself in a mirror that reflected reality. “Then,” I said, “you will see a woman who is a match for anyone, male or female.”

I’m happy to say that funhouse mirrors are becoming less common among the women I meet. Try putting one in front of my daughter. She’ll just laugh and smash it. Women should never forget that it is common for powerful and seemingly self-assured males to have more than a bit of the Wizard of Oz in them. Pull the curtain aside, and you’ll often discover they are not supermen after all. (Just ask their wives!)