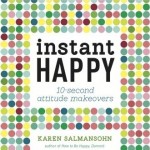 Susan Cain: The Power of Introverts

Image courtesy of That Eric Alper

We’re starting to have some serious man crushes in the entrepreneurial world and one of them is Jason Goldberg, Founder of Fab.com. The Fab.com story should be titled The Great Pivot. In 2010, Jason and Bradford had a gay social network, Fabulis.com, that flatlined at 130k members and what they called “A hot mess: The site had tried to be, at various times, the gay Facebook, the gay Yelp, and the gay Groupon.. Instead of quitting, they refocused the business on their shared love of design and launched Fab.com, a flash-sales sites featuring modern, chic items for almost everything. Two years later, they have over 6 million members and $150 million in sales!

Jason recently shared 90 Things I’ve Learned From Founding 4 Technology Companies on his blog, Betashop. He covers IT ALL with his priceless advice on everything he’s learned from launching and scaling a product, when to pivot, the role of a CEO and the importance of perfection, making mistakes, inspiring customers and dishing out tough love.

Since 90 tips are a lot to absorb - we’re breaking Jason’s super valuable nuggets into several, shorter posts to get the most out of everything he covers! We can’t thank entrepreneurs enough like Jason who take the time to share the inside scoop on how to build a scalable company!

First up: Find Your Company’s One Thing + When To Pivot.

Find your company’s One Thing.   Your One Thing falls at the intersection of 3 truths:

The one thing you and your team are most passionate about.

The one thing you and your team have a realistic shot at being the best in the world at.

It’s all about the product. Always has been. Always will be. The only thing that matters is how good your product is. All the rest is noise. At Fab, our virtual product is our website & apps, our physical products are the merchandise we sell, and our experience product is our operations and service. Getting all 3 parts of our product right is everything.

The time to start thinking mobile first vs. web first was 6 months ago. At Fab, mobile is already 33% of our visits and sales and we just launched our mobile apps nearly a year ago. Very soon mobile (smartphones and tablets) will be a majority of the usage  of Fab, and of your service.

If you cannot gain traction in 1 year, pivot. I firmly believe that in this age where the product development life-cycle is so short and user feedback comes so quickly, you will know within a year whether you are focusing on a worthwhile one thing.

Sure, you’re not going to get it right at first, no one does. But, you can iterate and iterate on features, but you cannot iterate your way to a business model. I’ve seen too many businesses get stuck or fail because of their endless pursuit for the magic new feature that is going to help them gain traction. Stop. There are plenty of interesting problems out there to solve.

If you can’t show some measurable and real traction within 1 year, move on to working on another problem. I bet you, if you are working on your startup for a year and you have not yet experienced real traction, if you poll yourself and your team and ask the 3 questions: (1) Is this the problem we are most passionate about solving, (2) can we realistically be the best in the world at it, (3) and is it a huge untapped market, you’ll likely uncover that you are working on the wrong one thing. So, pivot. Pivot to the One Thing at the intersection of those 3 truths.

Before there was Fab there was fabulis, a social network meets places guide targeted to the gay community. We built a lot of cool features and iterated and iterated, but we never truly grasped our One Thing; instead we just tried doing a lot of things hoping that something would stick. 1 year later we sat down and had an honest conversation with ourselves and realized that our One Thing, the thing we were most passionate about, that we could realistically be the best in the world at, and that was a huge untapped market opportunity was: Design. So, we pivoted from fabulis to Fab.

Once you pivot, focus, and don’t look back. When we pivoted from fabulis to Fab, from gay social network to design, we made the decision within 10 days to focus exclusively on our new One Thing, and we set a rule that not one person on the team could still do the old thing. We needed every last ounce of resource and mindshare focused on our One Thing. We shut down the old website and apps right then and there. We pivoted the entire company in 10 days, focused on the future, and never looked back.