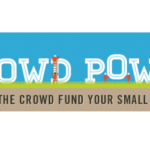 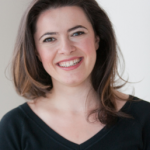 Before launching Getaround, I had never worked in the transportation industry, but having never owned a car, I was very familiar with the challenges surrounding personal mobility.

We rounded up our favorite highlights from DailyBrink‘s feature with Jessica Scorpio, Founder and Director of Marketing of Getaround. Jessica has created more than just a brilliantly-executed car sharing company; she’s sparked a paradigm shift in the world of transportation. The idea is simple: you only use your car for a small chunk of the day, so why not rent it out when you don’t need it? Getaround has created an extensive peer-to-peer network that will make you think twice about the ease (and future) of shared transportation.

Getaround was conceived during your time at Singularity University, which might be the most convincing argument I’ve ever heard for attending graduate school! What various elements triggered the idea for a car renting program?

Three years ago at Singularity University, we were challenged by Larry Page to solve a problem that would positively impact one billion people in the next ten years. Looking at the future of transportation, we realized our current model is unsustainable.

There are currently one billion cars in the world, each one sitting idle 22 hours every day. We decided to focus all of our efforts to solve the problem we call “car overpopulation.” Instead of adding more cars to our streets, we decided to maximize the cars already available — Getaround was born.

In the early days of Getaround, did you find yourself and your team having a lot of convincing to do for skeptical individuals? What would you tell them, and how did you go about getting those first hundred cars onto the site?

One of the things I love about Getaround is the “aha” moment people have when we explain the concept. Before we even launched, we worked for over a year securing insurance and passing legislation to make sure our users felt safe using the service.

When we officially launched at TechCrunch Disrupt in 2011, the response was overwhelming. We received 1,600 car sign-ups in the 24 hours after our first presentation. Today, we have over 10,000 cars owners signed up across the country.

You recently announced a $13.9 million Series A funding. What are you and your team intending on using the funds for?

With this funding, we’re going to be working on expanding into new markets across the nation, forging key partnerships to drive adoption, and continuing to develop and improve our product and technology.

Read the full interview with Jessica Scorpio on DailyBrink and sign up to share your car on Getaround! Not only will you earn some extra money, but you’ll help people in your neighborhood who don’t own cars but need one from time to time.