Want To Change The World? Stop Talking, Go Build Something 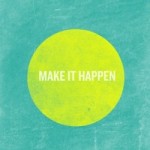 Women CEOs and rising stars, time to show up and be heard at tech events and panels! 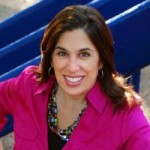 If you fail, it won’t be for lack of courage or imagination. And if you succeed, those successes will be felt around the world. -Leigh Buchanan

In our Big Ideas series, we profile several early-stage, visionary ventures attempting large-scale change in critical sectors. We took a fairly narrow view of what constitutes a Big Idea. So the potential for riches was not a determining factor; building a multibillion-dollar business may be practically but not conceptually ambitious. Innovation was necessary but not sufficient-we passed over breakthrough inventions unsupported by concrete plans for wide-scale deployment. Finally, making a difference had to be part of the plan. Jack Dorsey and his co-founders reportedly envisioned Twitter as enabling “a short burst of inconsequential information.” Kudos for facilitating political upheaval in the Middle East. Zero points for intent.

The leaders of the companies profiled here embarked on their quests armed with certain advantages: Experience. Relationships. Track records. Perhaps most important, they found the problems they want to solve endlessly fascinating. They saw a way that everything fit together. They believed themselves uniquely positioned to do the fitting.

More entrepreneurs should aspire to do the same. Audacity underlies every start-up: the belief that from nothing, you will bring forth something that makes someone’s life better. So take that audacity and kick it up a notch or a hundred notches.

Part of Big Idea Special Report: 5 ideas that will blow your mind!